Layer is the surface on which content and components live. It is a visual motif used to create groupings and associations between content as well as hierarchy and focus through depth.

Each type of layer lives on a different imagined plane of the UI giving each its own distinct elevation. Elevation is the implied measured distance above the base layer. The affect of the elevation on a layer is defined by the intensity and depth of the shadow it casts.

The range of imagined planes in the UI are on a scale from 0 to 24, with zero being the base and 24 the highest point. The higher the elevation is the larger the shadow each layer will cast. Each unit on the elevation scale is equal to the pixel value of the coded blur applied to shadow. 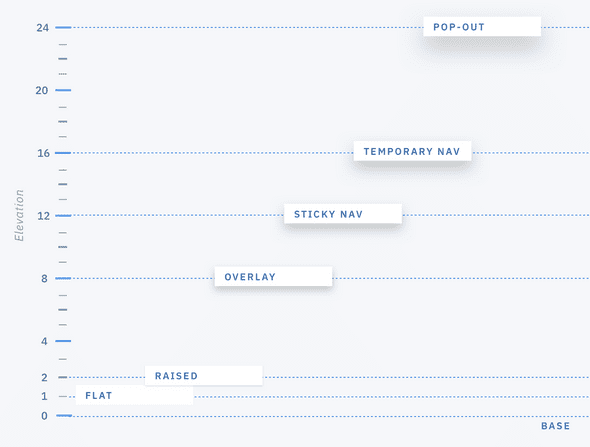 Each layer is a defined marker along the elevation scale. There is not a layer for each level of the scale.